From my Winemaker Friends….. 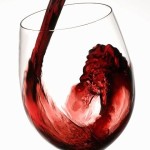 I received this press release from illustrious local winemaker Bob Betz about the benefits of drinking wine! (Of course, Bob says he knew it all along). But as we head into this Labor Day weekend, and you’re considering a glass of wine — remember, Washington state wineries produce some of the best red blends in the world, and also keep in mind — ‘everything in moderation.’

Washington, DC – A new study by the Federal Centers for Disease Control and Prevention confirms that moderate alcohol consumption is one of four healthy lifestyle behaviors that help people live longer.

According to the CDC, the four lifestyle behaviors were: having never smoked, eating a healthy diet, getting regular physical activity, and moderate alcohol consumption. Each was “significantly associated with a reduced risk of mortality.”

The CDC researchers concluded that these low-risk lifestyle behaviors, “exert a powerful and beneficial effect on mortality.”

Additionally, the CDC press release about the study stated: “This study adds to the mounting evidence of the substantial gain in life associated with healthy behaviors, and underscores the need for the clinical and public health communities to work together to promote greater adoption of these behaviors.”

The researchers found that each lifestyle behavior was significant in reducing mortality, and found that the greatest benefit was when moderate alcohol consumption was included with the other three lifestyle behaviors. The researchers stated, “using a sample of the U.S. population, we showed that 4 low-risk behaviors exerted a powerful protective effect on mortality and several cause-specific categories of mortality.” They cited a number of studies reporting potential health benefits associated with moderate alcohol consumption including reduced all-cause mortality, cardiovascular disease and diabetes. The researchers also cited “the well-documented harm caused by excessive alcohol use.”

The Distilled Spirits Council does not recommend that people drink alcohol for potential health benefits and have always encouraged those adults who choose to drink to do so responsibly and in moderation. Even drinking in moderation may pose health risks to some people and some individuals should not drink at all.
Abstract of CDC Study in American
Journal of Public Health