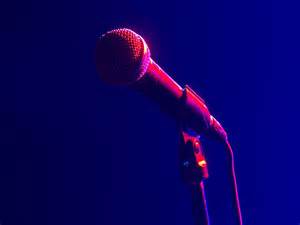 A new study on CEOs and media interviews is out, courtesy of the Public Relations Global Network (PRGN) that shows how important it is for American CEO’s to have an online presence. The survey shows “80 percent (of reporters) will browse an executive’s LinkedIn profile before an interview, followed closely by their Twitter and Facebook pages.”

Here’s another revelation of the study: “The survey results also showed that executives’ knowledge of their company and market is more important in an interview than their personality, although not by much. Arrogant behavior was reported as the biggest turn-off to a journalist, followed by failing to answer material or sensitive questions and attempting to control the final content of the article.”

Aaron Blank, CEO/President of The Fearey Group in Seattle, went on to say that “one of the biggest dangers facing CEOs who engage in media relations is failing to take the time to prepare for the interview.” I couldn’t agree more. As a longtime reporter who interviewed dozens of CEO’s over the course of my career, arrogance and attitude definitely don’t help, and preparation is key. In fact, sometimes the qualities that launch a person into the role of CEO are the very ones that lead to a belief they don’t need the extra preparation.

It’s important for a CEO or company spokesman to know how the media thinks, how the interview process works, and how to answer those ‘sensitive’ questions that might be asked. Prepping ahead of time and knowing what you’re going to say can make the difference between a smooth interview outcome, and a full-blown crisis if you say the wrong thing. We all remember the BP CEO who told the media “he wanted his life back” after the catastrophic Deepwater Horizon oil spill in the Gulf of Mexico in 2010, and was later forced to resign.

If you’re going to go in front of the media, let me help you prepare. I combine my extensive media background with my coaching training to help you put your best self forward in public. I look forward to hearing from you.