What is your non-verbal communication saying? 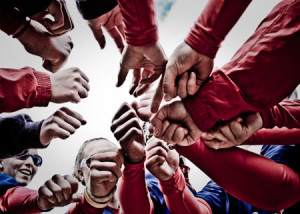 What scientists are learning about neuro-science and non-verbal communication is fascinating!

Have you ever stopped to think what your non-verbal communication is saying? We all know using correct grammar and enunciation can make a big difference in the effectiveness of written and verbal communications. But what about the myriad non-verbal signals we send to others? How are these affecting our message?

Did you know slouching in a meeting could communicate to your manager you’re bored? Or tilting your head could convey subordination, which might be a real problem if you’re a manager? Being aware of the subtle ways you’re non-verbally communicating can make all the difference in how others perceive you and your business success. Noticing this behavior, however, isn’t easy.

To make matters even more challenging, if you’re a CEO, team leader or manager, and want to inspire your team and show little excitement when you come into the room, your team probably won’t be enthused either. Why?

It’s now believed we subconsciously absorb each others’ emotions. Recently, neuroscience researchers have discovered a type of brain cell called mirror neurons; cells which respond identically to others’ behaviors. First discovered in the early 1990s by a team of Italian researchers, mirror neurons fire both when an animal performs an action and observes the same action being performed by another animal.

First observed in monkeys, and now humans, mirror neurons suggest the learning mimicry we experienced as babies continues subconsciously throughout our adult lives. It’s most likely why someone who isn’t born in the south may develop a southern drawl after living there for a while. And mirror neurons firing off in your brain may be why you can feel instant empathy for others, even strangers, and “read” them. It’s because you “identify” with, or “mirror,” them.

And it doesn’t stop there. In a recent study published in the leading neuroscience journal Neuron, (Vol. 42, No. 2) scientists discovered the same sensory area of the cortex was stimulated in participants who were touched with a feather duster as those who saw photos of others being touched with one. So in addition to mirroring others’ emotions, we actually feel when they are being physically touched.

Moreover, mirror neurons can identify intent as well as actions. So if you want to communicate a certain action, you have to be first very clear about your intention. Without consciously realizing it, our emotions may seep out of us. So just telling your team you want them to excel will not give you the same result as bounding into the meeting enthusiastically saying, “Team! I’m so excited about our new product!” Your unconscious emotions and actions are speaking every bit as loudly as your words.

So how can being conscious of mirror neurons help? Great coaches know a rousing pep talk and “go team, go” in the locker room can mean the difference between winning and losing the game. So notice the emotions you’re exhibiting. Watch how you sit in a meeting or enter the room. Decide in advance how you want to present yourself and stay true to that original thought. Then plan your intent, follow through on it with action – and go, team, go!