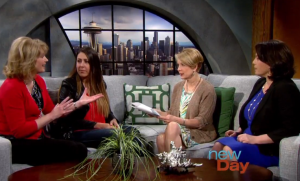 workplace, I immediately said ‘yes.’ I’m passionate about helping people succeed, and work with a number of women leaders to make sure we’re doing what we can to advance women in the workplace. Producers had seen an article on CNN about how women can stop tearing down other women at work, and that sparked an interesting discussion. In fact, I did an informal survey of women leaders in my network to learn their thoughts, and most agreed – it’s less about women tearing down other women, and doing MORE to help other qualified women advance. 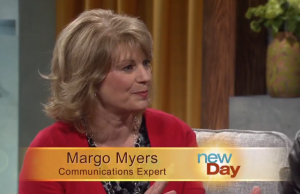 What can women do to help other women succeed in the workplace?

The CNN article looked at how men view advancement. They see the pie as large enough for them to get their piece of it, while women often view themselves competing for smaller pieces of the pie. Understandable given that today, only five percent of S&P 500 chief executives are women and only 14 percent of the top five senior leadership positions at those companies are held by women. As one of my friends remarked, ‘The pie is huge and we each deserve our slice of it!’

One thing that hasn’t changed in the workplace, men appear to do a better job of making time to bond outside of work – whether it’s a game of golf, or going for a drink after work. And that helps them build relationships that can benefit them in the office. Women still often bear more of the load of responsibilities at home (kids, meals, laundry, housework), making time for ‘after hours’ bonding somewhat impractical. One of my friends mentioned that they tried to organize some ‘female bonding time’ outside of work at her former workplace, but with the demands on women’s time, it wasn’t sustainable.

There’s also a growing realization about bias, and unrecognized gender biases men and women may hold and don’t even know it. These are longstanding beliefs that likely aren’t true, but still govern how we act. How can we change if we’re unaware of these attitudes and beliefs? I will never know what it’s like to be male, or African-American, or grow up in a different culture. I don’t know what it’s like to have their experience. I can only relate to what it was like for me to advance in my career in TV news, and then later in PR and Communications, as a woman who started my career in the 80’s. I find myself trying to be more compassionate and empathetic towards people who can’t know my experience, and I want to hear about their experience.

I see this as a great opportunity to start the conversation. Share experiences. Offer support. Be a mentor. Be a sponsor. I believe a rising tide lifts all boats. We’re not each other’s competition, but each other’s network! I applaud those people in the workplace who help pave the way for the next generation of leaders, letting go of old biases and practices, and building instead on what is successful. I’d love to hear what’s working best in your workplace.